Home › Advice › Excess Baggage (Thank you. I Release You!)

Excess Baggage (Thank you. I Release You!) 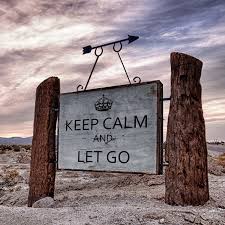 I’ve been meaning to write a follow up on this post I put up a few weeks ago. The whole premise was that we should try to heal our issues before showing up to new relationships with “old shit” (I.e. emotional wounds/ baggage). That sounds ideal, but as one of my commenters so aptly responded:

In answer to your question about dealing with baggage before entering a relationship, I think that in a lot of cases you actually can’t deal with it on your own. If you have big emotional triggers that come up during certain behaviours from your lover, how will you work through the feelings if nobody triggers them? And there are many issues you won’t even know that you had, or still had, until somebody pokes an unknowing stick at them. Keep on going and working through whatever comes up, is my admittedly not very catchy conclusion.

And he’s right. A lot of times, especially after being single for a while, or trying to do “the work” of finding emotional balance, we think all is good and right in our internal world. As I noted in the previous post, excess baggage can lead to relationship discord:

Especially if you had convinced yourself that time and space had resolved your shit (fears, negative/ unpleasant feelings, harmful behavior, etc.) and you’d roll blissfully forth into the future with said person of your dreams.

It’s only by getting into a relationship (to quote Mastin Kipp – “every relationship is a spiritual process”) that you embark on the opportunity to grow further, to put your newfound theories about yourself into play, and to find out what those hot button issues are for you. To find out how wounded you still are – or not. Real love tests you. It tests your patience, and your ability to empathize with your partner. Your willingness to evolve and grow while allowing space for your significant other to do the same.

In actuality, a surefire way to trigger your shit is emotional closeness, and opening yourself up to be vulnerable with another person. And contemplating sharing the rest of your life with said person. A lot of folks end their union here.

Sometimes the baggage is physical. Case in point. My ex – boyfriend (at one point, he was my fiancé) had a debilitating stroke back in 2013. We had been separated for two years.

All this time, like right up until this very moment, I have about 10-15 black garbage bags of his clothing in my garage. He wasn’t in a position to come get them (still isn’t) and I would’ve had a guilty conscience if I sat the stuff out on the curb for trash pickup! Just yesterday, I decided to put it in storage and leave it up to him and his family to deal with it after the first month. He called this morning and finally said “throw it out. It’s of no use to me.”

My garage is detached and I rarely have to see his bags unless I’m looking for a rake or a shovel, but I feel a sense of relief. Part of me thinks that he was stalling in hopes of coming by my house just one more time to see me again. He said “I’ll come help you throw it out.”

No thanks. My son can do it.

I may never see him again. That is okay. He’s played a pivotal role in my life and for that I am immensely grateful.

Note, guys – if you’re holding on to extra shit – your own emotional wounds, old clothes you haven’t been able to fit in years, your ex’s old “stuff,” relationships that didnt work out the way you wanted them to, old hurts, etc., just know that it/they no longer serve you. If you need help, seek it out. If you and or your partner are unwilling, it will be slow going as far as relationship progress.

To the excess baggage, say “thank you, I release you.” (A mantra I learned in meditation class.) “Thank you – I release you.” Make room for all the wonderful things the Universe has in store for you. Make room!

What’s your take on resolving emotional issues (if they exist) before or during a new relationship? You’ve heard the saying “everyone has baggage; it’s a matter of who’s willing to help you unpack?” (Or something like that.) Is that an accurate statement? Does baggage even matter? To what extent? What about “surprise baggage” that reveals itself after many years, or during a marriage? Other comments welcome!