Home › Advice › And Now He Wanna Come Back

And Now He Wanna Come Back 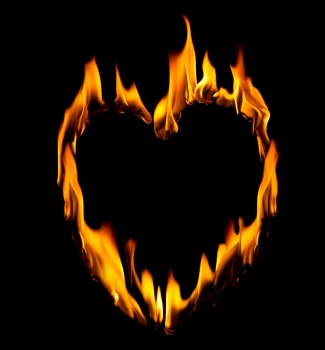 Are you a woman who has male friends? Do any of those friends happen to be your ex?

Are you a man who has that one ex or long-term friend who you’d rekindle things with in a heartbeat if she were open to it? But you remain in the friend zone because that’s where she keeps you?

Well, I’ve been in the first situation. I’ve had old flames proposition me to be their woman again.

But you know what I find? A lot of men who come back 5, 10, or 20 years later will expect a woman to hand them something that a stranger would work their ass off court her for – a romantic relationship that includes sex! In other words, they have a sense of ENTITLEMENT.

They hit you with: “Let’s start over right where we left off. I been out there long enough now; I’m ready to settle down. I need somebody I can trust.” And then the classic “When can I see you and spend some time?”

Chances are, if he abandoned the relationship, things weren’t going all that great from his perspective. (He’ll chalk it up to immaturity.) Maybe he’s been married once or twice since the fallout. Maybe he’s been to prison. Or maybe he’s been busy playing the field or advancing his career. Perhaps he’s been stuck in the friend zone. It doesn’t matter.

A woman should never serve relationship goods to a man who’s been missing in action – or on the sidelines, just because one day he woke up and decided she’s “the one.” Naw motherf*cker – prove it.

I’ve always had this personal philosophy of never going backwards when it comes to relationships. It’s likely that I felt some type of way when things ended (distraught), and once I’ve healed and forgiven and overanalyzed the situation to death, I close the chapter. That’s not to say I dont have a couple of male friends whom I’ve dated at some point (and some people think that’s a mistake women make – keeping male friends), and I have platonic male friends whom I’ve never dated. I value them because they know me better than most. And as long as everybody is cool, that’s cool. Will they accept intimacy if I serve it up? (Well, I don’t know! Hmm.)

But before I digress completely, exes who wanna come back to a quality woman is a common occurrence. The question is, how do you (as a woman) deal with that?

-Should you reestablish or maintain a friendship with a man who is in love with you – even if it’s platonic from your standpoint?

-Is it selfish to flirt with him or entertain him with intimate conversation knowing you have no interest in pursuing anything?

-If you decide to entertain him as far as wanting to pursue something serious, what are your expectations/ conditions? Does he need to jump through hoops, and have his actions match his words (of course to the latter part)?

Despite my philosophy, I’m not totally averse to rekindling healthy relationships with exes, although sometimes it only takes a short minute to be reminded why they’re an ex in the first place.

After all – you never know where and when you’ll find love. (cliche, cliche) My bit of advice would be to take things slow and see where his heart is. Build a friendship and lay a solid foundation before seriously entertaining the idea. Keep doing you (just like you’ve been doing in his absence). If he loves you and is interested, he’ll get in where he fits in and exercise patience. As a woman of substance, you’re worth it.

What are your thoughts on rekindling romantic relationships with exes? Have you ever been on either side of this situation?