Mr. Dallas Wants to Pursue Me

We met online almost a year ago. My first thoughts centered on the hyperpigmentation on his cheekbones, his short neck, and tiny, pursed lips. His head and shoulders seemed to meet with not even a couple of inches in between. On top of that, he’s stocky – probably a mix of genetics and a high school and college football career, but he’s definitely broad on top – disproportionate to his chicken legs. 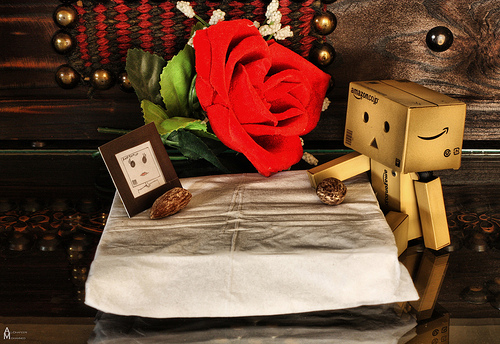 But it was winter and my dating life had slowed considerably. And “Jimmy” can actually hold a conversation! A lost art these days, I know.

A few months pass and we’re chatting regularly. See, he lives in Dallas,Texas and I’m in the New York City area. Cool. I’m not pressed and my expectations are low. Conversation is enough.

“Some time this summer, I’ll either come to New York or fly you out to Dallas,” he said. “I really wanna spend time with you.” Cool.

Fast forward to the end of August. I’d kept busy working and training and planning a birthday party and dating, attending my sister’s wedding, shopping, hanging out, going to the beach, etc. Jimmy had lost his marketing job and our conversations had slowed. Partly due to his constant questioning. “So how many guys have you met? Why haven’t I spoken to you? Why didn’t you call me back? So you talk to me for ten minutes and now you have to go? You too busy for me, huh? So who did you meet? Can you send me some pictures?” Oh, he also interrupted my sleep by calling at weird hours. Past midnight!

Like, dude, CHILL! And he talked mostly about himself. I changed my phone settings to forward his calls straight to voicemail — with an explanation when he asked via text. I told him “I’m annoyed by your constant questioning and our conversations have become boring. (I understood all he explained about the layoff – three times over.) And I think the window of opportunity to build interest has closed.” (Mean, or nah?)

Anyway, I took his call last night at around 9:15pm. I had showered and settled in under my covers. Rest is necessary to go jogging at 5:30am. Deep sigh.

Turns out (duhh) that he was not expecting – but certainly hoping for sex if I went to Dallas. “I would never pass up the opportunity,” he said. Umm hmm. UmKay. He also offered that he wouldn’t be coming to NY to “just hang out” if he wasn’t interested in pursuing a serious relationship with me. “You inspire me,” he said.

I usually let that statement go when people tell me that – men and women alike… But this time I asked for clarity.

He answered, “You inspire me to be a better man. You have certain qualities, along with your beauty, that motivate me to be the best person I can be. You’re the kind of woman I wanna build something with. I would be willing to do whatever it takes.”

That was sweet. I told him so. Things like this do go over my head sometimes. But he’s miles and miles away. He’s 32 years old – and wanting biological children. I’m not interested in giving birth to any. No room for negotiation on my part. Why would I read so deeply into “hanging out” in Dallas, enjoying the city, and potentially his company? And allowing him the pleasure of enjoying mine?

He asked “So what could possibly happen that would make you not want to visit a second time?”

“It’s simple. If you get on my nerves, I wouldn’t come back, but I’ll still have the experience of visiting Dallas for the first time, and hopefully doing something fun. I mean, what if you see me and decide I’m not who or what you thought?”

We’re on the same page now. He’s attracted to me and my personality, thinks I’m beautiful, wouldn’t mind having sexual relations, and is thinking long-term? And me? I’ve learned to manage my expectations in dating. I take people with a grain of salt. I’ve learned that men flake often enough. He seems like a decent guy who would try to be vested in our happiness, as individuals, and as a couple, but who knows?

Visiting Dallas is nowhere on my radar, but I’d set aside time to hang out – if Jimmy came to New York, which I doubt will happen – because umm, I didn’t express mutual interest in building a relationship or rolling in the sheets. I’d need more than some phone calls and text messages to determine that.

What do you think? Could you gauge the possibility of exploring a relationship with someone you never saw in person? How would you have handled the situation with Jimmy? What are your thoughts on people who accelerate relationships too quickly? How clueless was I on the idea of him thinking about a serious relationship?